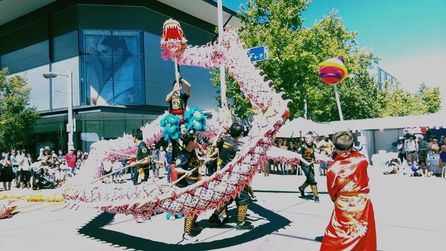 Canberra Dragon Dance is the professional performance arm of our academy and combines self defence displays with wushu, lion dance, dragon dance and chinese percussion as part of an interactive show for audiences around Canberra and surrounding regions.

The Chinese dragon is a symbol of power, wealth and wisdom and the dragon dance has been performed since the Han Dynasty 1800 years ago in festivals and celebrations around the world.

It requires strength, co-ordination and team work and it showcases the style of the kung fu practitioner.   We have 7 multiperson dragons - Bruce, the Little Dragon is gold , Jackie, a kid's green dragon, Donnie, our 14 metre long illuminated red fire dragon who has been great for night time performances, Blue Steel our 10m blue illuminated dragon and Night Fury our black and gold teenage dragon. The longest dragon in Canberra is  our 9 person pink competition dragon made in Singapore.   His name was Jet but since he was reborn with a new head and tail for the ROAR for Canberra show in 2020 he has been renamed Fearless.   Donnie has now retired from working at night but will still be seen during the day, and has passed on most of the LED work to our newest long 7 person dragon, Aurora, who is gold and red.  We also have 8 solo dragons included an LED one for night time.

We have been blessed to have the eyes of Donnie dotted in an awakening ceremony by the Chinese Ambassador Cheng Jingye and also by the Vice Chancellor of the Australian National University and Noble Laureate Brian Schmidt.  We were equally honoured when Fearless had his eyes dotted by Ms Carmela Pavlic Searle, the producer of the Where You Are Festival by RISE Canberra.

Our students love training in dragon dance which involves not only the dancers themselves holding the dragon, but also the bearer of the Pearl of Wisdom and percussionists who symbolise the heart beat of the dragon.   Have a look at the photos of our recent performances on our dedicated Canberra Dragon Dance Facebook Page. 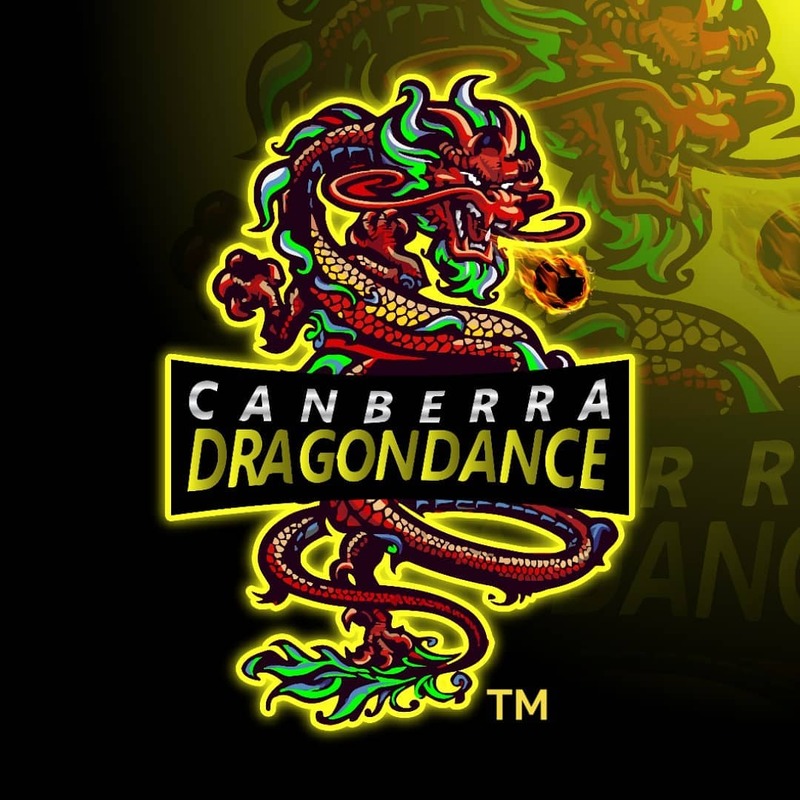 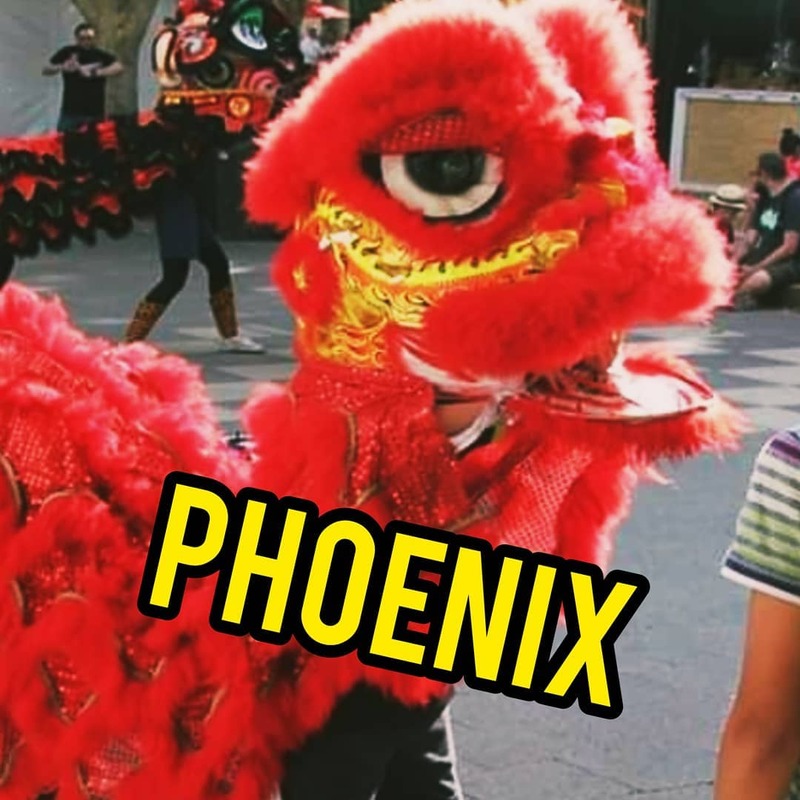 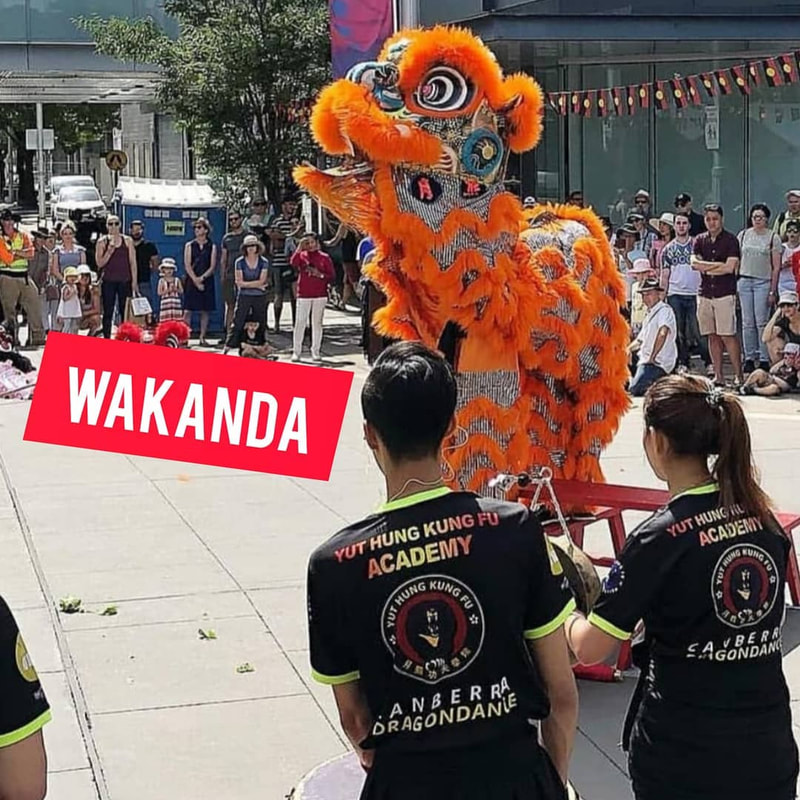 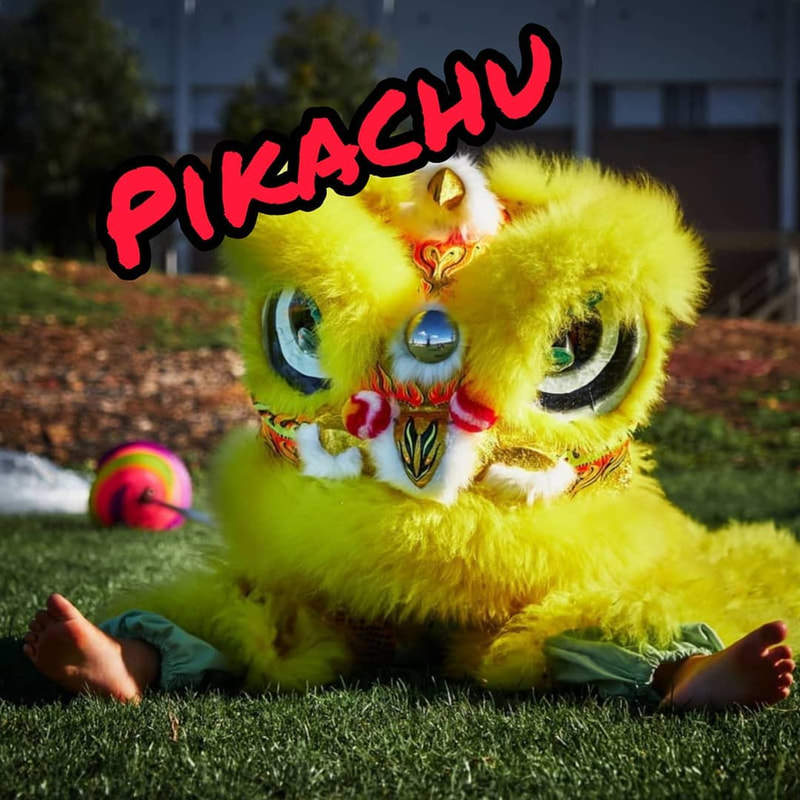 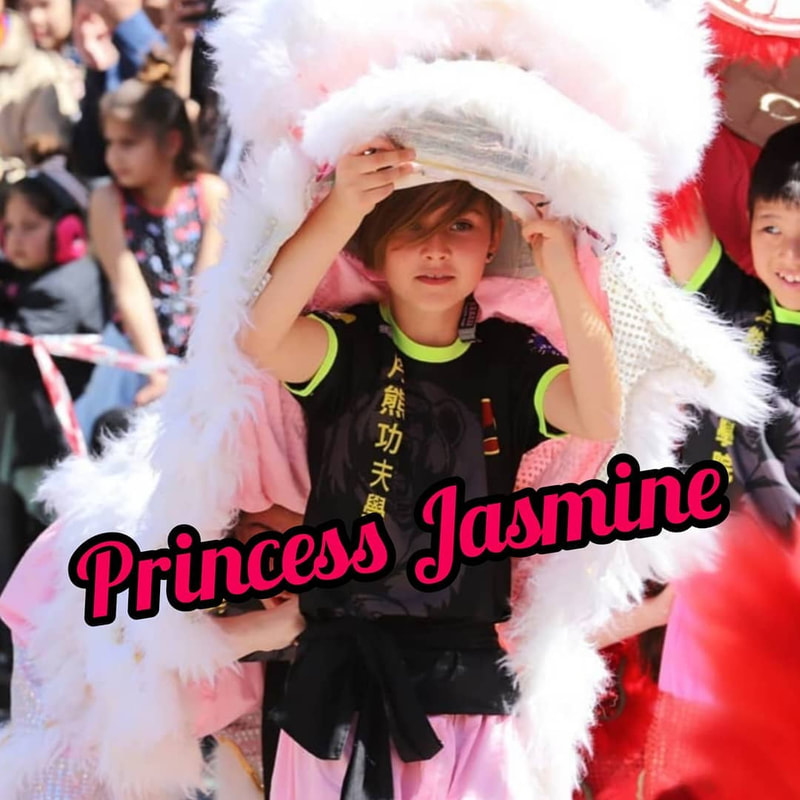 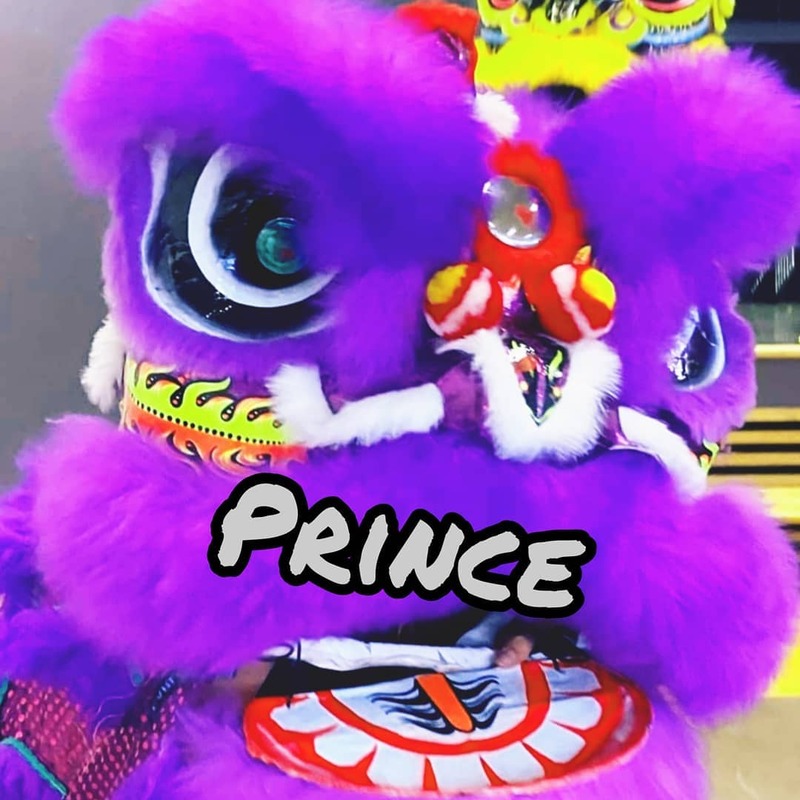 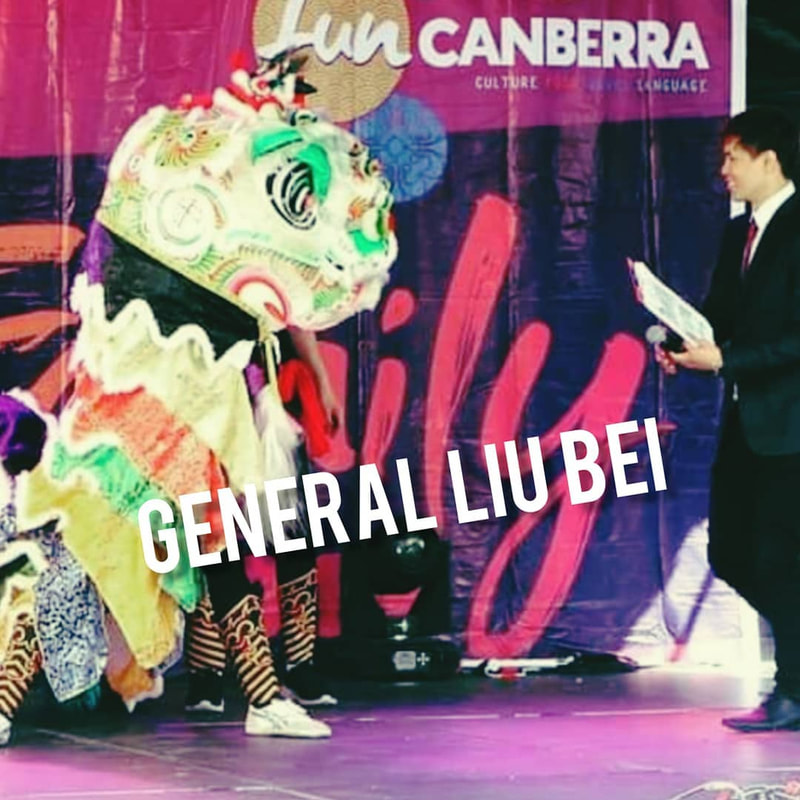 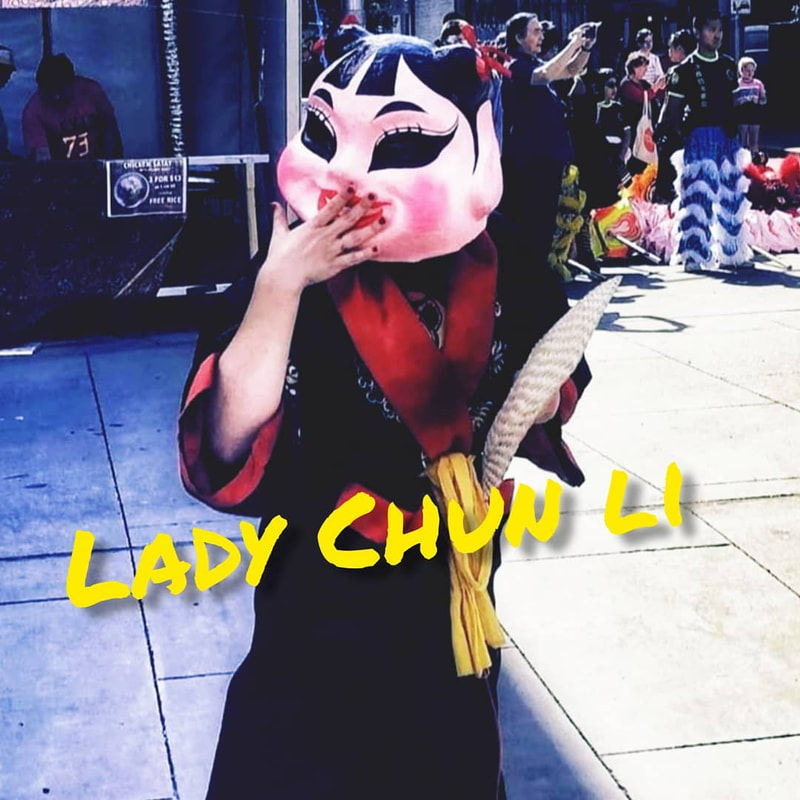 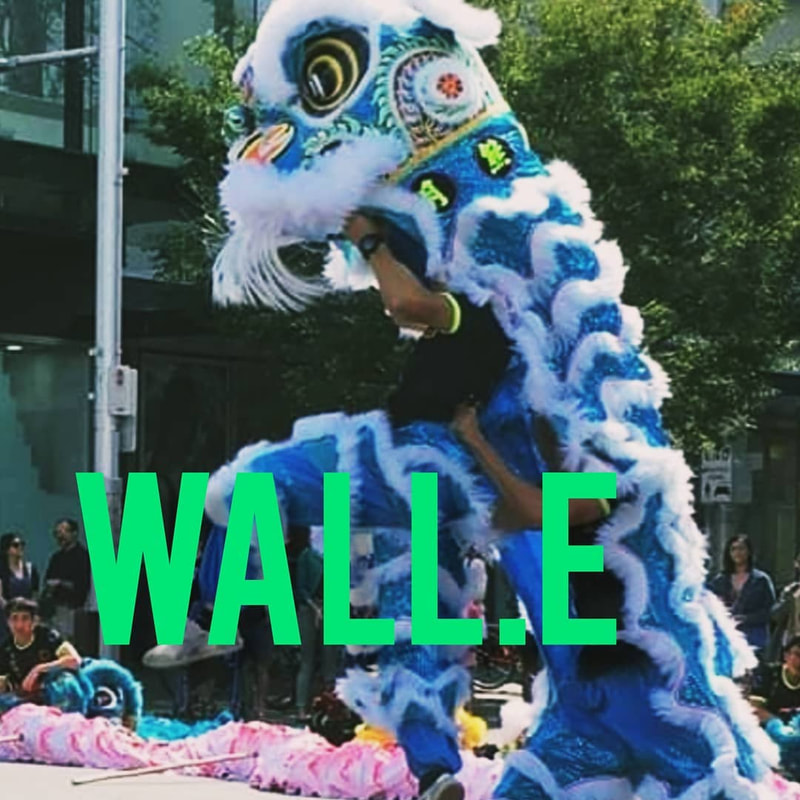 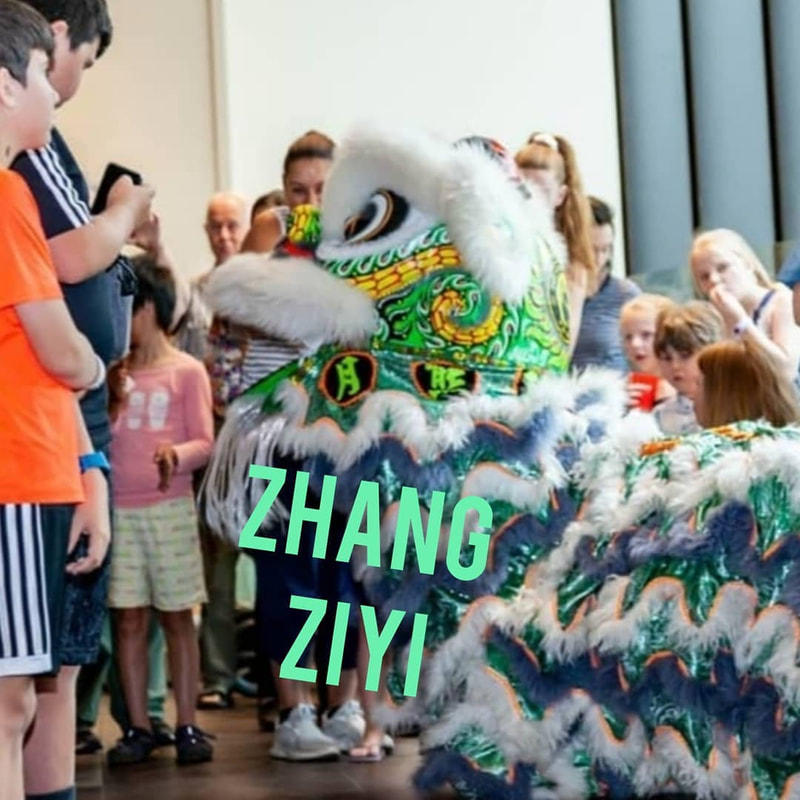 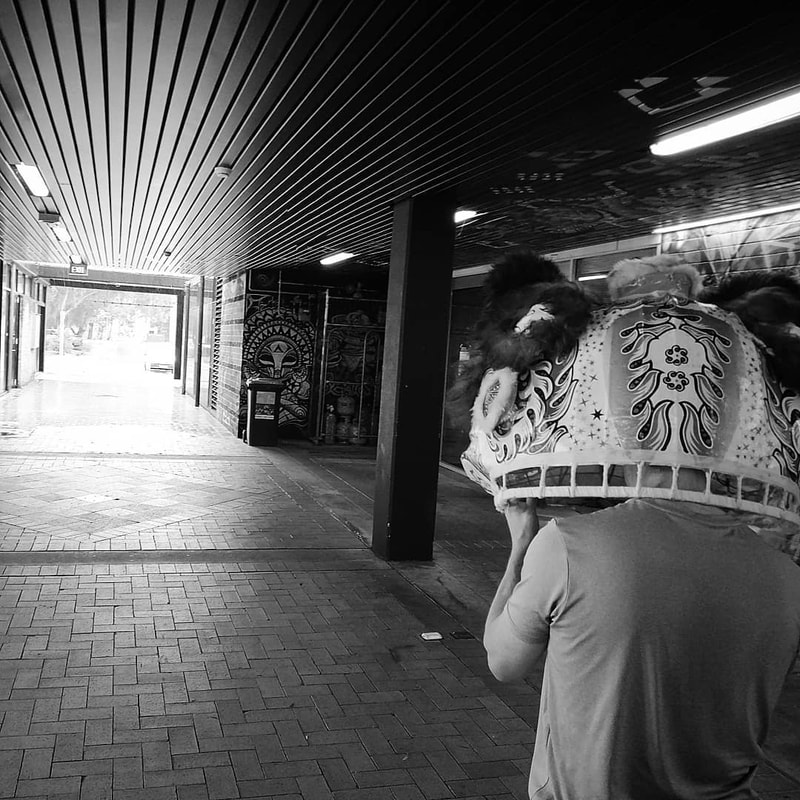 We also train in and perform lion dance and our team of 16 lions have been handcrafted in China just for our academy.  Each lion has a name and personality and we pay tribute to the many cultures which made up our academy with names such as Goku, Zhang Ziyi, Wakanda, Purple Rain, Pikachu, Phoenix and many more.  Our lions have vibrant colours whilst our LED lions change colour at night time shows.  We use Hoksan, Futsan, hybrid Futhok and Traditional lions.   We also  have kid's lions for kids not only to train in but to perform in.  Lions are frequently used to bless businesses and for celebrations to bring good luck.   As much as possible we combine dragon, lion and kung fu performances although sometimes we perform only one of these disciplines if a client requests.

Our dragons and lions are available to perform for events such as festivals, openings, fetes, fairs and private celebrations to bring you good  luck and fortune.

We also run workshops for the public and for schools to introduce and teach all of our disciplines of martial arts, lion and dragon dance and chinese percussion.
​ 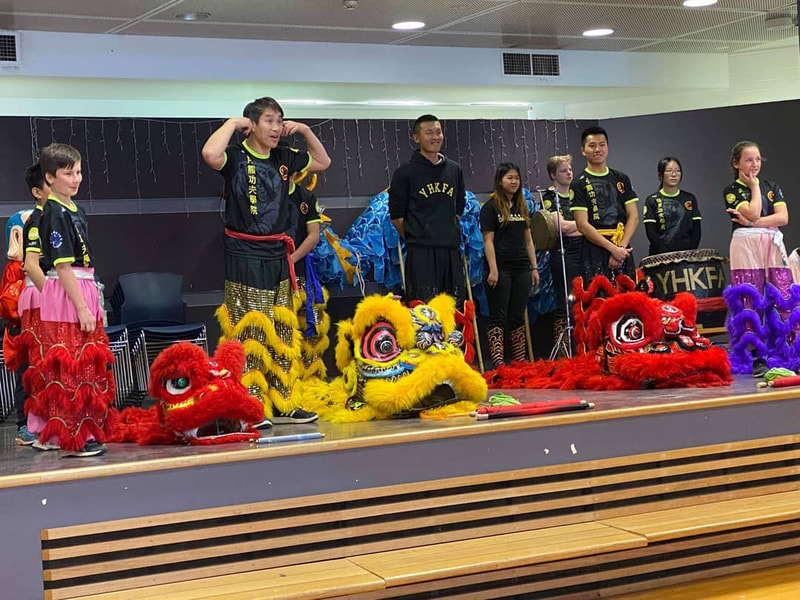 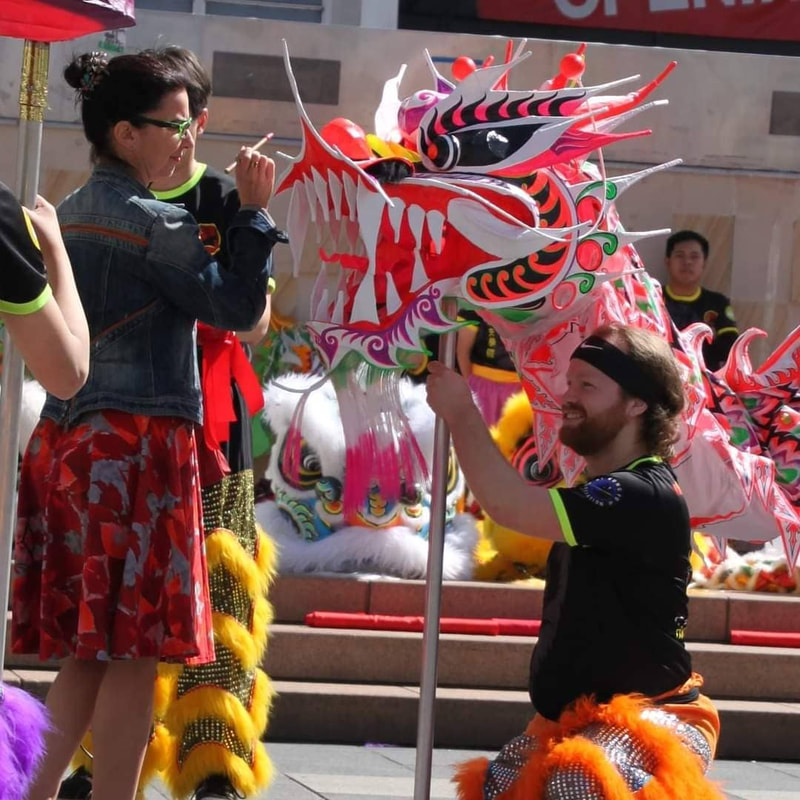 ​Watch a traditional eye dotting ceremony for Goku, our adult blue lion and Pikachu, our yellow kids lion:
Our Clients have included: